In much of the country, both new and existing home sales increased in January. At
the same time, prices continue to rise in year-over-year comparisons, and the
number of homes available for sale remains quite low. The low inventory situation
and affordability crunch is particularly hard on first-time buyers, leaving some
properties available for landlord buyers with more available funds for investment.

What’s happening this weekend? – The Home and Garden Show! 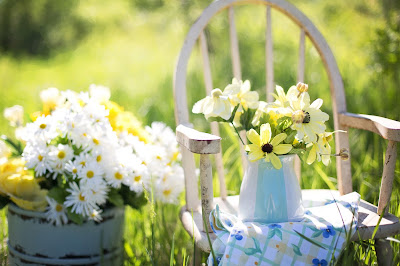 The show started today but it will run for the next two weekends at the Minneapolis Convention Center. They have features like the Idea Home, Tiny Homes, Backyard Lounge, Feature Gardens, Better Gnomes and Gardens, DIY Inspirations, Ask a Designer and the New Products Showcase in addition to tons of individual venders.

This weekend some of the guest speakers are:
Jeff Lewis
He is one of America’s most well know house flippers because of his role on Bravo’s Flipping Out. He has been renovating properties for over 20 years. He also designed the House Beautiful Magazine Kitchen of the Year, which is displayed in Rockefeller Center in 2010. You may also know him from his line of paint, rugs, tile or barn doors.
Saturday, February 25th at 12pm- Main Stage

Miriam Johnson
She is an actor and Home DIY enthusiast. She joined the Hometime crew in 2004 and brings her DIY interest and skill with power tools. She’s learned about everything from drywall to landscaping.
Sunday, February 26 at 1-3pm – Idea Home
For more information check out the website: http://www.homeandgardenshow.com/


You can also buy tickets for $2 off online.
Posted by Eric and Sharla Stafford at 4:58 PM No comments:

Thinking about Buying a Home? 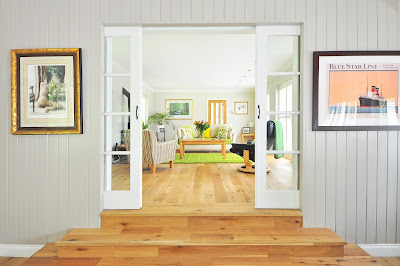 You can save money.
If you are smart about your mortgage options and refinancing, you can spend less on your mortgage than you do on your monthly rent. This can let you put some of that extra money into savings for your future.

You can build home equity.
Creating a schedule and making smart home improvements can help increase your home equity even more.

You can finally get a dog.
Having a dog in an apartment can be a real hassle. Many apartments don’t allow dogs or charge more in pet rent. Those that do allow dogs can have weight or breed restrictions. Having a house puts you in charge and lets you get that 80lb dog. It also gives you space for the pup to live in.

A garage.
Think of all the things you can store in a garage! You can stop storing things in a storage unit or the trunk of your car and put them in a garage instead. The fact that you’ll always know where you parked your car is an added bonus.

The best part of being a homeowner is the feeling of home and making it your own.
Posted by Eric and Sharla Stafford at 4:48 PM No comments:

The total supply of homes for sale at this early juncture of 2017 coupled with the
relative low affordability of those homes have made the market interesting to watch.
The combination of broad personal financial situations is particularly pronounced
among millennials celebrating their prime home-buying years. While some
individuals may have a decent amount of money saved up for a home purchase,
others have educational debt, lowering their maximum affordability price. Being
aware of this situational variety will help both lenders and agents.

What would a listing look like for the White House? 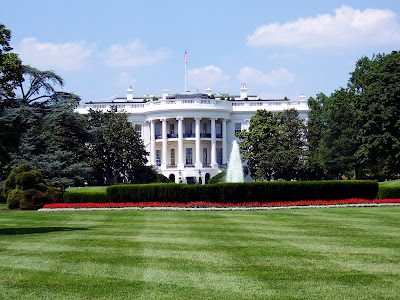 To celebrate President’s Day, I’d like to give you a tour of the home of our great nation and of all Presidents since John Adams. So here is what a listing for the White House might look like:

This stunning home designed by Irish-born architect James Hoban was built in 1792 from sandstone bricks from Virginia and lumber from North Carolina and Virginia. Unfortunately, it burned down in 1814 after a British attack, but was rebuilt meticulously in 1817.

Today, a circular drive leads up to an enormous front entrance with 4 whitewashed pillars and a porch. In fact, the entire house is whitewashed with about 570 gallons of paint. Step inside and explore all 54,900 square feet. The 6 levels of living and working space contains 132 rooms, 35 bathrooms, 147 windows, 28 fireplaces and 3 elevators.

Entertaining is a delight and a necessity due to the roughly 6,000 visitors that appear each day. However, there is plenty of room to get away. This house has it all, including: a movie theater, billiard room, a bowling lane which was added by Nixon in ‘69, a swimming pool, hot tub courtesy of Bill Clinton, jogging track, tennis court, a flower shop, carpenter’s shop and even a dentist office. The chef’s kitchen comes complete with 5 full-time chefs! The private office is fit for a President and leads outside to a putting green installed during the Eisenhower administration in 1954, but relocated to its current location in 1995.

You won’t believe your eyes when you see the ghost of Abraham Lincoln walking the halls. It has been said that some, including Winston Churchill, have claimed that Lincoln’s ghost visits frequently. But don’t worry, the security system and Secret Service is top notch.

The “quaint” yard has walking paths, gardens, a fountain, basketball court, and it’s own helicopter pad. Walking distance to great dining, parks, Smithsonian Museums, and so much more. Offsite parking is included and has enough room for the entire Secret Service fleet.


Source: http://cbburnetblueprint.com
Posted by Eric and Sharla Stafford at 2:36 PM No comments:

According to a recent Gallup poll, it is the first time in more than 15 years that a
majority of Americans are optimistic about finding a quality job. This is great news
for the entry-level housing market, as job growth and improved wages fuel demand
for home purchases. Rents have also been on the rise, another factor that has put
the entry-level market in strong demand.

Tips for Getting your Home ready for a Showing. 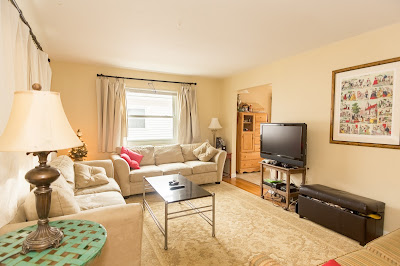 If you plan to sell your house this spring here are a couple of tips to keep your house in tip top shape while it is being shown. With a little preplanning having an open house or showing in your home can be enjoyable.

1.     Make a ckeck-list of things that are easy to forget like:
a.     Kitchen counters and table wiped down
b.     Bathroom sink and mirror wiped clean and toilet seats down
c.     Toys put away in baskets and bins
d.     Entry cleared of shoes and personal items
e.     Window shades open

2.     Keep a stack on nice, clean towels to put in the bathrooms. It’s easier keeping a separate set then worrying about cleaning your towels before each showing.

3.     Have your kids make their beds every morning. If they get into the habit without you asking even better. This way you don’t need to rush and make a lot of beds.

4.     Simplify your belongings. If it is too much to go around and pick up everything for every showing consider starting to pack your home for when you move. This is especially helpful with kids toys. Simplify their toys and cleaning will become a lot easier.


5.     Add more containers. When in doubt hide the mess. It’s easy to pile things into a contained and close the lid. You can use baskets for laundry, blankets and toys while smaller boxes can hold things like papers or other clutter.
Posted by Eric and Sharla Stafford at 4:55 PM No comments:

While the winter months that lead us through the holiday season and to the end of
December are typically a slower time for the housing market, the beginning of each
new year tends to bring a renewed interest in moving or buying. The annual January
resolution effect is in full swing so far in 2017. Prices are increasing, purchase
agreements are being signed, and despite record inventory lows, demand remains
strong.

The number of existing homes sold in 2016 was 5.4 million, which exceeded the
5.25 million sold in the previous year and is now the highest in a decade. Declining
inventory and affordability are both going to be closely surveyed this year, as a
continuation of those trends could negatively impact sales. For now, prices are still
running higher and days on market are still lower, both indicative of healthy
demand.