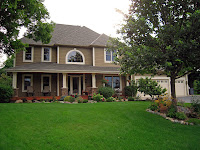 This amazing home in Deer Run wont last long so contact us today for a private showing.

Just listed, this home is nestled on a private cul-de-sac covered with mature trees with tranquil views of a glacial pond. From pillar to post, designer finishes can be found throughout. Curl up with a good book in front of the fire in the front Office or gather in the Gourmet Kitchen. The 4 Season Porch offers private views of the pond and wooded yard.

We will be hosting the first Open House this Sunday, September 24th from 12-2
Posted by Eric and Sharla Stafford at 4:01 PM No comments:

6553 BARTLETT BLVD, MOUND: THIS IS NEW CONSTRUCTION WITH LONG VIEWS ON LAKE MINNETONKA: http://ping.fm/cVh5P
Posted by Eric and Sharla Stafford at 4:30 PM No comments:

Email ThisBlogThis!Share to TwitterShare to FacebookShare to Pinterest
JUST REDUCED THE PRICE ON THIS AMAZING LISTING ON LAKE MINNETONKA: http://ping.fm/7usIm
Posted by Eric and Sharla Stafford at 4:29 PM No comments:

Email ThisBlogThis!Share to TwitterShare to FacebookShare to Pinterest
WE HAVE A NEW LISTING!!! CHECK OUT THIS LINK FOR 8792 HORIZON RIDGE, VICTORIA: http://ping.fm/vTTdD
Posted by Eric and Sharla Stafford at 4:29 PM No comments:

Once again, the six-day gap between where Labor Day fell in 2008 and where it fell this year is causing our year-over-year weekly numbers to look weird. For the week ending September 12, you'll see a steep drop-off in new listings and pending sales, but there's no such dip last year.
New listings for the week ending September 12 were 1,624, a 12.9 percent drop from this period last year. Pending sales agreements also dropped precipitously to 840 from 1,070 a week ago, 7.3 percent higher than this week last year.
Next week's figures should begin to provide more relevant year-over-year comparisons. As the final days of the tax credit tick down (72 days and shrinking), we'll be watching market activity with heavy interest. Stay tuned.
Posted by Eric and Sharla Stafford at 2:23 PM No comments:

THANKS TO ALL FOR A WONDERFUL 3RD ANNUAL CLIENT CRUISE 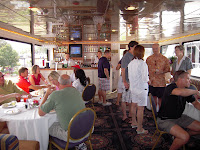 Thanks to all of our Clients and Fiends who made our 3rd Annual Client Appreciation Cruise a great event!

Saturday shaped up to be a wonderful day both weather-wise and the company it was spent with. We are so very lucky and grateful to all who attended and to Brian Call with Rubicon Mortgage who helped us pull together our outing on the Queen of Excelsior II on Lake Minnetonka.

The fall leaves were just starting to change but the weather was wonderful. We are already looking forward to our 4th Annual Cruise where we hope to celebrate our success with even more Clients and Friends.

Thanks Again to you All!
Posted by Eric and Sharla Stafford at 10:10 AM No comments:

In 2008, Labor Day fell on September 1; this year, it fell on September 7. That six-day gap is enough to make our year-over-year comparisons of weekly market activity look a little goofy this week. For instance, for the week ending September 5, there were a whopping 42.9 percent more pending sales than there were a year ago, but this is only because Labor Day—a holiday that notoriously silences the local real estate market for several days—fell during that week last year and didn't this year. Expect similar confusion next week.
Independent of these numerical oddities, sales are still extremely robust as the days remaining on the first-time buyer tax credit continues to tick down. 78...77...76...
New metrics updated this week:
• Housing Affordability Index: At 195, it towers over last year's affordability by 29.1 percent. Falling prices continue to do their job, at least for buyers.
• Months Supply of Inventory: The 6.9 months of inventory available is 30.3 percent below this time last year.
Posted by Eric and Sharla Stafford at 9:50 AM No comments:

For the first time in 9 months, the number of weekly new listings coming on the market was actually higher than it was a year ago. The 1,641 new homes on the market during the week ending August 29 represent a 3.3 percent increase from a year ago. The slight year-over-year uptick is due in part to growth in the number of new, traditional, non-lender-mediated listings.

For the most recent reporting week, the number of brand new traditional listings (excluding re-lists that have already been on the market sometime in the last 12 months) has grown 20.3 percent compared to a year ago. Home sellers are becoming more active, likely in response to the increase in home sales seen throughout the year.

And if you look at three of our newly updated metrics, it becomes obvious why more sellers are jumping in:

All Comments
Tweets by @STAFFAMREALTORS