Our in-house lender John Skoglund, with PHH Home Loans sent out this article to our office today. Originally published by CNNMoney.com, this article

The House has passed their own version of the Tax Credit Extension. The Senate needs to sign this version as does the President if it going to become law.

NEW YORK (CNNMoney.com) -- The House of Representatives Tuesday voted to give first-time homebuyers three more months to close on their purchases and land an $8,000 federal income tax credit.

But the Senate had better act in the next 24 hours...the deadline is currently June 30.
The House voted 409 to 5 to delay the closing deadline to September 30 in a stand-alone measure. The move comes nearly a week after the Senate failed to advance a much larger jobs bill that contained the tax credit provision.

The smaller House bill would raise the deficit by $9 million over a decade.

An estimated 200,000 people may miss out on the tax credit because they won't be able to close by close of business Wednesday. Many are trying to take advantage of short sales, which are complicated deals to complete.

The measure also seeks to reduce fraud associated with the credit. Some 1,300 prison inmates are thought to have claimed and received more than $9 million in tax credits, according to a Treasury Inspector General for Tax Administration report released earlier this month. The bill would allow the Internal Revenue Service to disclose tax return information to prison administrators.

Senate Democrats hope to address the measure this week, said an aide to the Senate Majority Leader.
Posted by Eric and Sharla Stafford at 3:29 PM No comments:

Fannie Mae to Penalize those who Default

Fannie Mae said Wednesday it would "lock out" borrowers from getting a new loan for seven years if they default on a mortgage they could afford to pay.

The move represents the latest effort by the mortgage industry to prevent a new wave of losses that could result if more borrowers who can afford their monthly payments instead opt to "strategically" default on loans, because they owe far more than their homes are worth.
"Walking away from a mortgage is bad for borrowers and bad for communities, and our approach is meant to deter the disturbing trend toward strategic defaulting," said Terence Edwards, Fannie's executive vice president for credit portfolio management.

The government-owned mortgage-finance titan also said it planned to step up legal actions to pursue deficiency judgments in states that allow lenders to go after borrowers' other assets. In addition, Fannie said it would instruct its lender partners to monitor delinquent loans owned by Fannie, and recommend cases that warrant attention.

Fannie's move comes amid greater concern that it has become socially acceptable for borrowers to stop paying their loans, and that such a shift could exacerbate the housing bust. Those worries are particularly acute in Arizona, Nevada, Florida and other hard-hit housing markets where it could take years for borrowers to return to positive equity.

Nearly one in four homeowners with a mortgage is underwater, or owes more than their home is worth, according to CoreLogic, a real-estate data firm. A Morgan Stanley report estimated that around 12% of all mortgage defaults in February were strategic.

In 2008, Fannie revised to five years from four the period that borrowers with a foreclosure must wait before they are eligible for a new loan.

Under the new rules, the five-year waiting period is eliminated. Borrowers who can't document "extenuating circumstances" or show that they made an effort with their lender to avoid foreclosure will have to wait seven years to get a new loan; those who can demonstrate hardship or attempted a workout with their lender may have to wait only three years.

Its smaller sibling, Freddie Mac, also requires borrowers with a foreclosure to wait at least five years. Foreclosures can stay on a credit report for up to seven years.

Even as it steps up penalties, Fannie is preparing to reduce waiting periods for borrowers facing hardship who surrender their homes and avoid foreclosure. Under previously announced rules that take effect next month, Fannie will reduce waiting periods to two years for borrowers who agree to transfer their homes to the company through a "deed in lieu of foreclosure," or who complete short sales, where homes are sold for less than the amount owed.

Check out this amazing, single family home in demand location of Eden Prairie. Built by Lennar, this Remmington floor plan offers two main floor offices ( one can be converted into a fourth bedroom), a spacious Kitchen fit for a Chef and outfitted with commericial grade appliance including Wolf double wall ovens and cooktop, Fisher & Paykel Dishwasher and Sub and granite counter tops.

Curl up with a good book in the Great Room in front of the fireplace.

The upper floor offers three bedrooms including the Private Master Suite with its own sitting room and large spa-like bath.

The two junior bedrooms are private suites with baths.

Enjoy the beautiful views of the wetlands from the large deck, perfect for entertaining.

Looking to move to Minneapolis and wondering is it better to rent or buy?

What should you do!?!

Well, if you are moving to the Minneapple, it looks like your best option would be to buy. The real estate website Trulia recently conducted a survey of their users to see where the visitors were at with their decision to Buy or Rent.

In response to the survey, Trulia will be launching an all new index for the top 50 cities in the U.S. that will compare and contrast the difference between Buying & Selling.

To determine which option is better, the index will weigh the costs of buying a two-bedroom condo with the costs of renting one which then can be translated into numbers to fit a Single Family Home.

"Minneapolis was the city on Trulia's index where it makes the most sense to buy. The average listing price for a two-bedroom there was about $150,000, while the average annual rent for one came to about $20,400. Buying, therefore, costs less than eight times the annual cost of renting. Economists generally hold that anything below 15 times the annual rent is a buyer-friendly city."

To read the full article from CNNMoney.com please visit the link below.

Should you rent or buy?

Are you thinking about buying in Minneapolis? Stafford Family Realtors can help. As certified relocation specialists, we have the tools and materials that will make your transition as smooth as possible. Please contact us today for your free relocation package and to see how we can help bring you home!
Posted by Eric and Sharla Stafford at 1:35 PM No comments:

What's New in Our World!

So here we all are in the office, working away and excited to announce that we are looking at a great month ahead. Stafford Family Realtors will be closing on 5 properties in the next few weeks. This is great news for our team.

After a beautiful Memorial Day weekend here in the state of Minnesota, we are continuing to see the market moving and homes being sold. Here are a few homes that we have closed in the past few weeks:

Not to mention the upcoming & new Listing! New to Market as of May 28th –

2290 Longacres Drive of Chanhassen is a beautiful Lundgren Brothers home in a demand neighborhood. Beautifully finished, the home has been updated with new paint, carpet, granite and more!
$650,000. 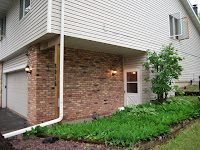 Looking for a great First Time Home? 8016 Erie Avenue in Chanhassen is a well updated twin home in a great location. Walk to schools, parks, shopping and dining! Sited on a spacious lot with mature trees, this one is a great opportunity!
$189,000.
As always, should you have any questions or would like a private showing of one of our listings, please contact us today! 952.470.2575
Posted by Eric and Sharla Stafford at 2:01 PM No comments: