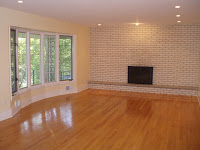 We are extreamly excited to announce that we have recived a $40,000 price reduction on 1340 Alpine Pass in Golden Valley. This beautiful home, built in 1963, sits on a large double lot over looking ponds and mature trees.


The home has been completely updated and features a Gourmet Kitchen with Stainless Steel appliances and Stained Cement counter tops. There are natural Hardwood floors thruout. The reciently updated bathroom features a double vanity with Corian counter tops and a tiled, heated floor.


The home is the perfect alternative to condo style living with all the amenities and room to roam.

With the new price, we are $75,000 less than what the home sold for previously.


This is a truly remarkable opportunity! Don't let it pass you by!

Posted by Eric and Sharla Stafford at 9:42 AM No comments:

Home Fads That Are Falling Out of Style

In this ever changing world, Fads come and go. The Eighties are trying to make a come-back in personaal fashion, bigger is not always better and Feng Shui has fallen out of alinement. It is hard to keep up with all the changes. Below is a list of the top 6 Fads that have fallen from grace with the Real Estate world.

This list was published on REALTOR, a magazine for Real Estate Professionals. The tips have been compiled by Melissa Dittmann Tracey.

1. Fireplaces: The fireplace skyrocketed in importance in homes in 1991 with 62 percent of new homes having one or more. But the number has steadily been decreasing ever since. In 2007, the number dropped to 51 percent.

2. Carpet: While 54 percent of homes still have carpet floors, the number is decreasing and hardwood floors are taking the place. Vinyl and ceramic tile flooring also are being bypassed more by buyers. Seventeen percent of new homes contain hardwood floors throughout the entire house.

3. Living room: These once-decorative centerpieces of homes are slowly vanishing from newer homes. Thirty-four percent of consumers say they’re willing to buy a home without a living room.

4. Desks in the kitchen: These desks were once looked at as great storage areas but they’re often too small and quickly become clutter spaces in a home, said Gayle Butler, editor in chief of Better Homes and Gardens. Instead, more consumers say they prefer larger desks in or near the family room—equipped with a messaging center—where they can keep an eye on their kids as they work on the computer.

5. Skylights: The little windows that allow natural light to seep into a home from above are falling out of style. Only 10 percent of new homes will include them this year, a continuing downward spiral for skylights.

6. Upscale kitchen finishes: Granite countertops are slowly becoming less desirable among buyers who are now moving toward affordable, low-maintenance laminate countertops—which tend to last longer and now come in various styles.
Posted by Eric and Sharla Stafford at 9:33 AM No comments:

With temperatures remaining stubbornly arctic, there is a very real possibility that we'll stay below freezing for the entirety of January. After a steady rise for the first two weeks of 2009, the Twin Cities housing market is reflecting the cold, with new listings down by 18 percent when comparing the week ending January 17 to the same week last year. If new listings continue to taper off, the market's supply balance can handle it, as we are still tilted generously in favor of the buyer.

For the same time period comparison, pending sales are up 13.2 percent over last year, and January 2009 has steadily outperformed January 2008. Total active listings trail last year, down by at least 10.5 percent. An ideal situation would be for listings overall to hold steady and for pending sales to keep rising...hopefully bringing temperatures up as well."And all the clouds that low'r'd upon our house, in the deep bosom of the ocean buried." – WS, R3

Information compiled and published by Minneapolis Area Association of REALTORS
Posted by Eric and Sharla Stafford at 9:14 AM No comments:

You Can’t Stand in the Way of Progress

The house that sheltered generations of caretakers on the island is moving — but only a few blocks away.

Still, for homeowner Doug Kraemer and house mover Terry Semple, who together have picked up and transported a dozen homes in White Bear Lake, this move will be different. They will be wheeling the century-old home across lake ice to make room for potential development on Manitou.

"Honestly, in this economy we're up for anything," said Semple, only half joking. Actually, the lake route is the only one possible.

The bridge that connects the island with the mainland is too narrow and wimpy to support the 60-ton house, Semple said. And with White Bear Lake water levels down 6 feet — meaning the 100-yard-wide channel between the island and Matoska Park is frozen solid in parts — a ride across the ice became plausible.

But that doesn't mean the move is easy. Semple has been trying to thicken the ice in areas by pumping water onto the surface of the lake, and he thinks he has a couple of feet of frozen stuff where he needs it.

The weight of the home will be spread among 64 tires as the house inches over the lake, winched from the far shore.

"It's far more common to tear down a house, sat's one of the neat things about this story — they are saving it," said Sara Hanson, the group's executive director.

The move will allow the Manitou Island Homeowners Association to divide the caretaker's lot into two lots for future building.

The house ultimately will sit on a lot on Sixth Street, just off the corner from Johnson Avenue. But it will have to wait at the back of the lot until spring, when Kraemer can dig a basement and put up a foundation.

This story appeared in the St. Paul Pioneer Press and was written by John Brewer. To read the full article, click the link below:

In honor of Super Bowl XLIII, Stafford Family Realtors will not be hosting open houses the weekend of February 1st.
!Go Cardinals!
Posted by Eric and Sharla Stafford at 2:09 PM No comments:

Come stop by for a visit this Sunday at one of our Open Houses:

We have recently recieved a $500,000 price reduction on our two lake properties.

6557 Bartlett Blvd. in Mound will be hosted open by Eric from 2-4 in the afternoon. Stop in and check out this well appointed, luxury lake home on the shores of Minnetonka. This home has it all from an indoor elevator, gourmet kitchen, tram to lake and a Nanny's Suite. If you like this one, ask Eric about 6553 Bartlett Blvd.

We will also host our 7269 Bent Bow Trail in Chanhassen open from 12-2. This home has also seen a $35,000 price reduction, making it the Best Value in Chanhassen. Only Relocation brings this home in demand Longacres on the market.

Just minuets away from downtown, shopping and fabulous parks is 1340 Alpine Pass in demand Tyrol Hill of Golden Valley. This home is the perfect alternative to condo style living. Sited on a double lot with many mature trees, you can enjoy downtown style with pond views. Open from 2-4.

Please visit our website at StaffordFamilyRealtors.com for more informaion!
Posted by Eric and Sharla Stafford at 2:27 PM No comments:

There's much "change" in the air around the world today. And there is also change happening on the streets of the Twin Cities metro area, as the number of new listings appearing in our Weekly Market Activity Report takes its ascendant year-opening uptick. Despite the increase, new listings for the week ending January 10 have not quite matched the numbers seen at this time period last year (down 7.6 percent), and pending sales are riding a healthy clip above where they were last year (up 19.4 percent) as more homeowners pour back into the market after the year-end transition.

As a summation of how most of 2008 went, total active listings for the year finished down 10 percent from the year before. Time will tell if the flurry of optimism associated with today's presidential inauguration will work its way into the economy, the housing market and, specifically, the Twin Cities housing arena. Hope meets anxiety at the crossroads of 2009.

This information is compiled and published by the Minneapolis Area Association of REALTORS.
Posted by Eric and Sharla Stafford at 11:45 AM No comments:

We are excited to announce that we have received a HUGE price reduction on two of our Lake Minnetonka listings.

Both properties have been reduced $500,000, we are now at $1,500,000. Both of these Gorgeous Custom built homes overlook Halstead’s Bay on Lake Minnetonka.

We will be hosting 6557 Bartlett Boulevard open this Sunday, January 25th.

For more information on these and all our other listings, please visit StaffordFamilyRealtors.com.
Posted by Eric and Sharla Stafford at 8:31 PM No comments:

The New Year rang in with the normal post-holiday increase in new listings, but listings are still down from the same week last year. Pending sales for the week ending January 3 showed a strong increase during the year-end transition, rising nearly 40 percent compared to last year. Over the last three months of the year, pending sales were 18 percent higher than last year. Local housing inventory has reached its annual low point but looks to rebound in the opening months of 2009.

In December, Days on Market Until Sale dropped 6.3 percent compared to last year. The market appears to have reached a plateau in the amount of time needed to sell a house, and this welcome decline certainly could continue into the next year.

The new Housing Affordability Index (HAI) for January is extremely positive. Last month we stated that the HAI of 180 was the highest we had ever recorded. Now it's even higher, jumping an additional 12 points to 192. The rise reflects the help that interest rates and softer prices have given to the market. (Note: The decline in prices is driven by the significant amount of lender-mediated home sales and its benefit is not equal to all buyers.)

This information is published by the Minneapolis Area Association of REALTORS.
Posted by Eric and Sharla Stafford at 9:53 AM No comments:

News and Tidbits for January 13th

Eric and Sharla recently returned from their Disney Adventure with the Girls, the holidays are over and we are looking forward to the New Year with nothing but Optimism.

We already have buyers lined up for the beginning of the year which will be keeping us busy. We are excited to announce the newest REALTOR to our team. Jane Field has worked with us over the past year as our Client Services Manager, while she will continue on with that job title; she is also adding REALTOR to the many hats she already wears.

Receiving her license in early December, Jane has already sold her first house. A sure sign of what is to come!

Moving forward, we are eager to see what the future holds and are thankful for all our Clients and Friends and are looking forward to helping you and your family with all your Real Estate needs. Please call us with any questions or if there is any way we can assist you.

www.StaffordFamilyRealtors.com
Posted by Eric and Sharla Stafford at 11:23 AM No comments: